People who use drugs are over-represented in prisons across Europe, particularly in Eastern Europe and Central Asia, where criminal justice systems are overcrowded and under-resourced.

In collaboration with Yale University and the London School of Hygiene and Tropical Medicine, AFI Moldova conducted a qualitative study on methadone pharmacological treatment in Moldovan prisons. The research conducted in 2014 consisted of interviewing 44 former prisoners recently released from detention with opioid use disorders, who either accepted or rejected methadone pharmacotherapy while in detention.  The same respondents were part of a subset of 56 participants in a quantitative survey that supplemented information collected during interviews.

This study highlighted a number of social and individual barriers to accepting methadone treatment in Moldovan prisons: 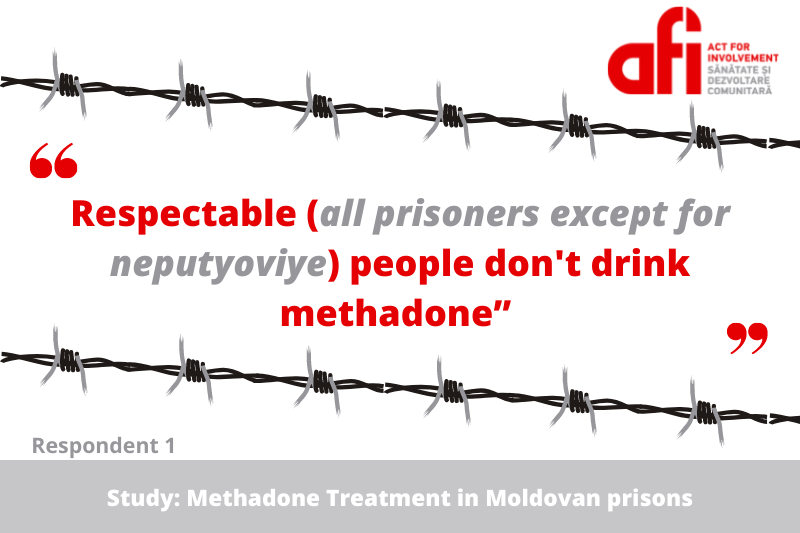 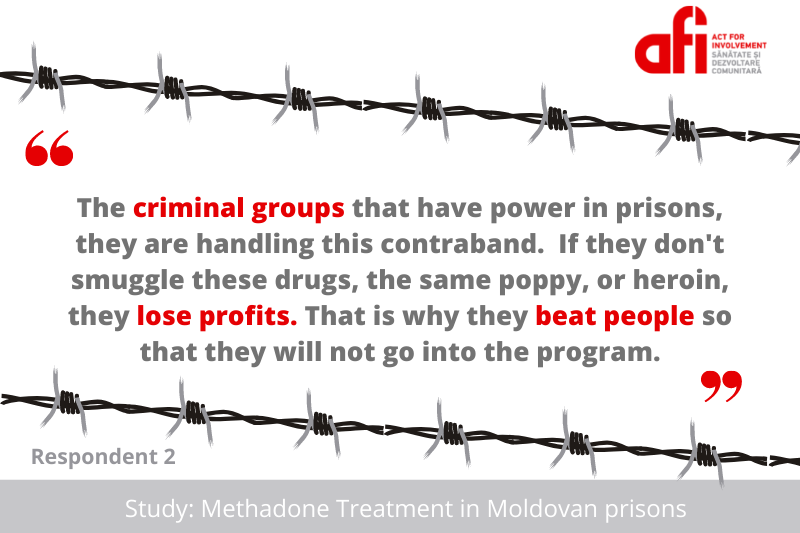 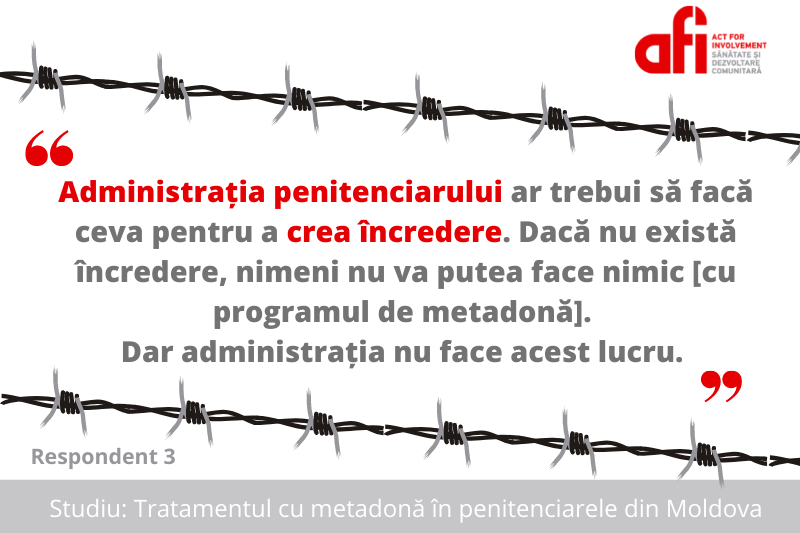 Taken together, these findings strongly suggest that inmates' decisions to initiate pharmacological methadone treatment are frequently independent of the benefits of therapy for inmates with opioid dependence and, instead, largely dependent on the social influence of the inmate hierarchy that dominates the prison environment.